This post is a follow-up to Java Performance Puzzle in which a small code change leads to a counter-intuitive performance gain.

In the previous post, the benchmark was based on the code from my CSV parser with all the logic to deal with unescaping, the cell aggregation etc …

I managed to reduce the code to a simpler naive CSV parser. see SimplifiedBenchmark.java

We now have a tight loop with 2 conditions in which with extract the char[], accumulate it in an array and pass the array to the Blackhole when encountering '\n'.

That still exhibit the weird behavior, the holder make it go faster.

Which is pretty good. We can see some of the logic of copyOfRange being put outside the condition check.

But the code is still quite complex to reason with. Does the loop matters? Is it just the if conditions.

So next I wrote a version that isolates the if condition in a non-inlinable method. I also inline the char copy to make it easier for analysis.

the difference is not as striking there. one of the reason is that the copy logic is a lot simpler there is less code the sub here and some array instantiation preparation
being put outside the if.

But we still have the effect of having some code that should only execute conditionally being executed for each char.

Where do we go from there? we can see what happens but why would that be the case.

Everything is an illusion

The JIT can make a lot of optimisation, code that doesn’t need to be executed will be strip away, loops get unrolled, condition order changed depending on profiling stats. The ASM generated may look very different from your bytecode as long as the outcome is the same as the original code. That allows for a lot of optimisation to happens.

The JIT looks at the code in the form of an Abstract Syntax Tree and applies a list of transformation before generating the final machine code. And fortunately, there is a way to get an insight into what is happening (ht Jean-Philippe Bempel) with Ideal Graph Visualizer.

Unfortunately to be able to use that you need to build a debug version of OpenJDK.

To build OpenJDK you will need a Linux box, on MacOsX it relies on an old version of Xcode that is not supported with Sierra.

Also, beware to not have a j in the name the path of the directories you are checking it out - avoid opendjdk -.

you will need JDK 1.7 to build it, it is also needed to launch ideal graph visualizer.

if it fails to check the os_versions because you are running a 4.x kernel append 4% to the SUPPORTED_OS_VERSION in hotspot/make/linux/Makefile

and run the benchmark with the debug JVM

the JVM might not be that stable and fail sometimes it should eventually run the benchmark successfully and you should see the nodes information being pushed to Ideal Graph Visualizer.

you can also export the data to a file using -XX:PrintIdealGraphFile=file.xml

Let’s start by looking at the graph for the one with the holder.

If you look at ASM for the direct you see the length calculation being done before the ',' check.

That sub is done after the if in the holder version.

If we isolate the sub in the graph we can see that it depends on the if check. 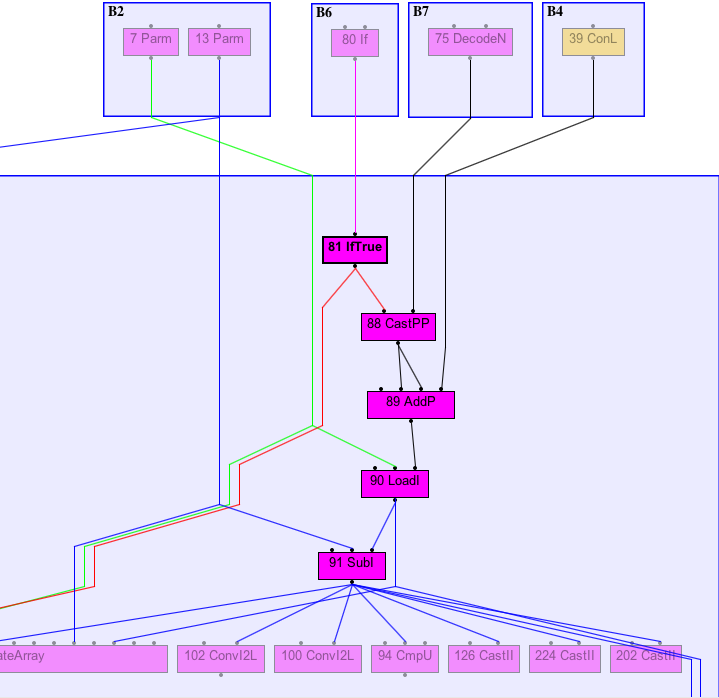 Same for the sub in the second condition 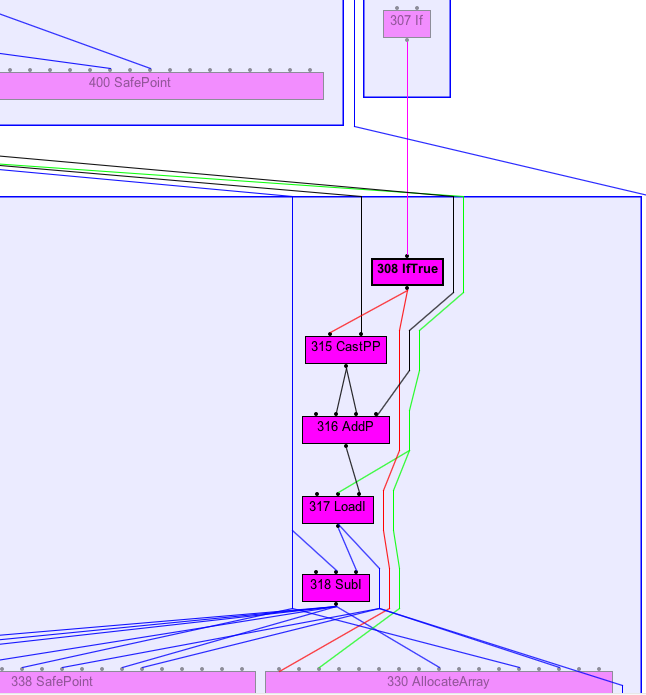 That stays true after the RemoveUseless in the AfterParsing stage see the following graphs. 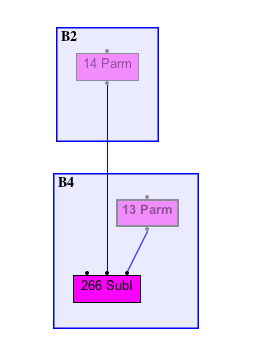 And at the AfterParsing stage, there is only one Sub left 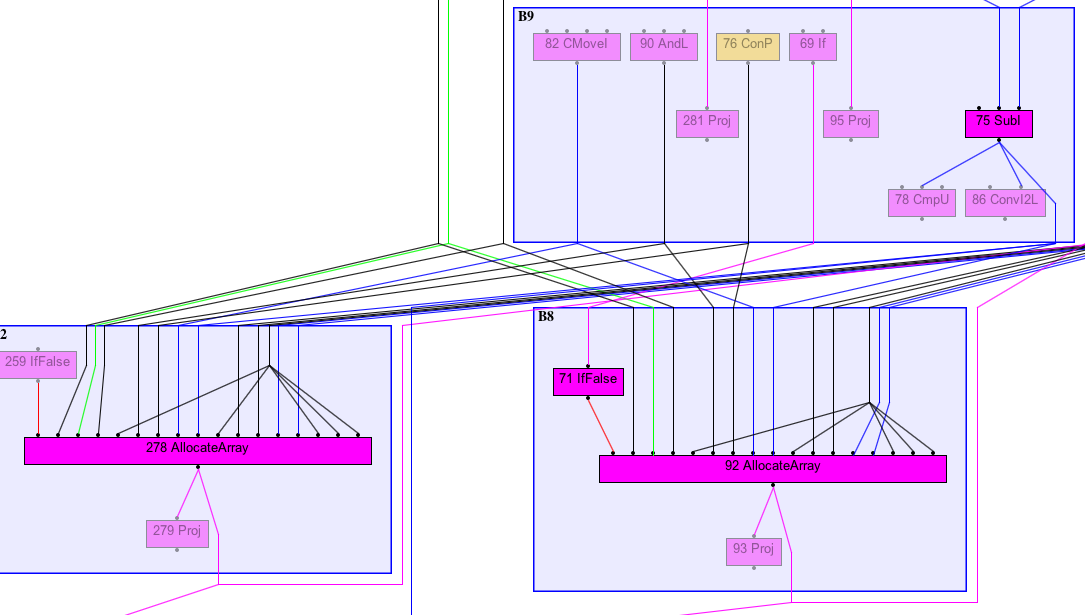 The allocated array depends on the Sub and on the If, but the Sub does not depend on the If. Which can explain why it is pushed outside the If.

What does that mean?

When is it a problem?

If you have a 2 or more test that contains duplicated code with no side effect, that code might end up being executed outside the if.

Depending on the condition ratio and how many time the if is called, the impact might start to dominate as it does in my CSV parser. Most of the time the condition are false and the code inside should not be executed but some of it is.

I would really like to understand why SubI does not depend on if but when adding an indirection it does. How does the RemoveUseless work? should the code with no side effect still be marked as depending on the if. The only place to go from there is to dig in the hotspot code … and experiment in will hopefully be part 3.